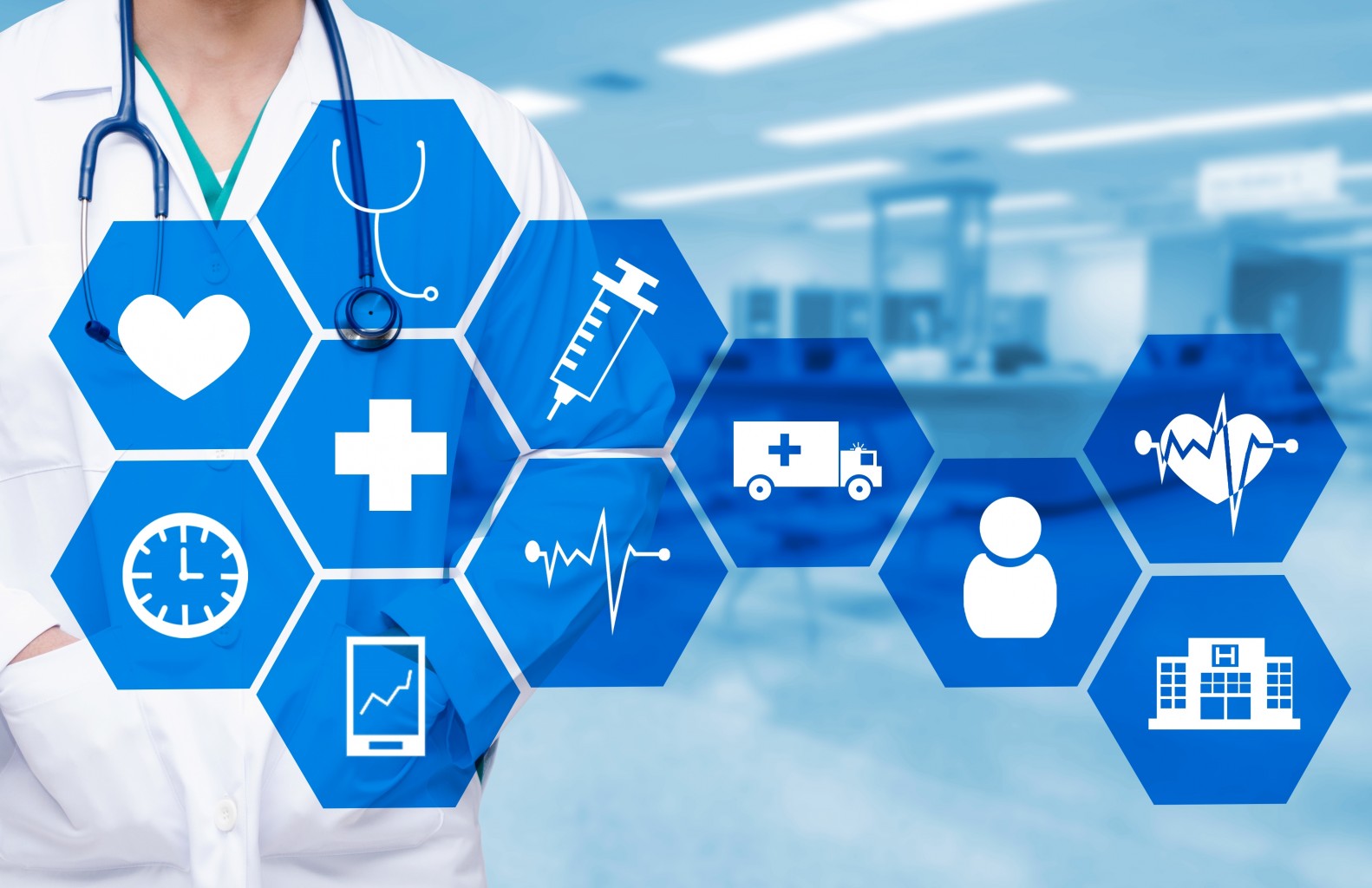 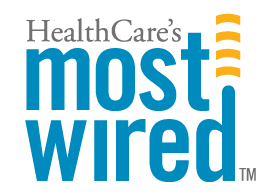 The College of Healthcare Information Management (CHIME) continues to expand and refine the CHIME HealthCare’s Most Wired survey and certification program to drive innovation and improve outcomes. CHIME recently convened an executive roundtable of technology leaders from some of the top performing 2019 Most Wired organizations, supporting CHIME Foundation partners and the chair of the Most Wired Governing Board to discuss overall results, success factors and challenges. CHIME President and CEO Russell Branzell served as moderator.

In 2019, CHIME added an ambulatory survey, expanded international outreach and introduced a 1-10 certification level that was included in each participant’s benchmark report to help them gauge their progress amid healthcare’s ever-changing landscape. Overall, more than 16,000 facilities were represented, a fivefold increase from 2018. CHIME also released a national trends report based on participants’ responses. Among the findings: Organizations that invested the most in advanced technologies also reported the most benefit. Several participants discussed factors that might contribute to that finding. Their responses have been edited for brevity.

Jim Veline, CIO at Avera Health in Sioux Falls, S.D. proposed that after many years of implementing EHRs, healthcare organizations are positioned to use these resources to help improve clinical and operational outcomes. “We’re in an opportune time right now to optimize those implementations. The Most Wired survey probably pulls out those organizations that are doing it the best, focusing on patient outcomes and workflow that results in those outcomes. We see it in industry, and healthcare should be no different. Those organizations that strategically operationalize the technology are going to outpace their competitors.”

A successful EHR deployment delivers benefits beyond the technology aspects of the system, noted Michael Minear, CIO at Lehigh Valley Health Network (LVHN) in Allentown, Pa. There are typically deep enterprise-wide partnerships that are created when deploying an EHR, and often a renewed focus on workflows, goals and measurement. With a common EHR now deployed across the organization, LVHN has integrated advanced analytical tools with the EHR that physician leaders say they trust and can use to improve care. “A modern EHR is a fundamentally different data and capability infrastructure that is totally different when compared to 10 years ago. … I assume the highest-ranking organizations in the survey tend to be focused on improvement and measurement. That’s their culture. They’re trying to fix something, and when they do, they will use technology to achieve a specific and well-defined goal versus just deploying technology. These are the organizations and teams that create real and sustainable change.”

John Glaser, executive adviser at Cerner, suggested a feedback effect, with success begetting success in the highest-performing organizations. “There’s nothing that has ever correlated spending with effectiveness, in this industry or others. That being said, I suspect that if you see (organizations) that are Level 10, the reason they’re Level 10 is they continue to see success, so they continue to invest because of that success.”

For organizations that value quality, the process of completing a survey like Most Wired and getting an impartial assessment of their performance carries its own reward, said Chris Belmont, executive vice president of operations and strategy at The HCI Group, a Tech Mahindra Company. “You want to make these best practices hard wired in your organization. Having a tool like this and going through the exercise and really looking at yourself on a regular basis is important.”

Pamela Banchy, CIO and vice president of clinical informatics and transformation at Western Reserve Hospital in Lyndhurst, Ohio, seconded that observation, adding that the Most Wired benchmarking report helps senior leadership identify processes and resources to improve care. “As I looked at the survey results, organizationally it defined the gaps that we had. I plan to use it, and our executives are embracing the survey results and trends along with building that roadmap, because that drives a lot of commitment financially as well as organizational change.”

Branzell observed that the top performers have a culture that embraces innovation, whether that is in the form of artificial intelligence, telemedicine or other advanced technologies. What can be done to increase adoption of such leading practices?

Surveys themselves may not suffice, Glaser said. “Surveys and statistics are good for descriptive: How many people are doing telehealth? How many visits? They’re not always that good a prescript of telling you what to do. It’s the narrative that’s actually the most helpful: What did you do? How did you do it? What did you run into? Descriptive helps us pick out where we are. It doesn’t always tell us what to do in order to take the next leap.”

There are overarching lessons that leaders can share that facilitate innovation. CT Lin, CMIO at UCHealth in Colorado, pointed to strategic decisions that have helped UCHealth’s innovation program flourish. One significant force was the CEO, who funded an innovation center with the clear expectation of measurable outcomes with executives in the innovation program accountable for results. “You pick your battles. You figure out where the alignments already occur, and you play to your strengths. … When you have a great clinical leader, you tend to go to that leader over and over again, and you’re going to hit gold a little bit more often than if you go to some random person. I can’t tell you how many pilot tests we’ve done through endocrine. They tend to run with it because their local leadership is totally invested in it.”

Belmont recounted similar experiences in his roles as the former CIO of Ochsner Health System and MD Anderson Cancer Center. He emphasized the importance of having a clinical champion and integrating IT into the clinical fabric rather than imposing it on clinicians. “That sponsor emerges, and they just run with it. Ours (at Ochsner) was a cardiologist. He said, ‘We’re going to do this.’”

Bill Spooner, chair of the Most Wired Governing Board, paid site visits to the three Level 10 participants, which included Avera, UCHealth and Cedars-Sinai Medical Center. He described them as different but all offering progressive ideas. “A common factor is there is a strong clinical involvement in both places, and they were really playing to their needs and their strengths in their area.”

Based on Most Wired data, innovation may be lagging internationally compared to the U.S., Branzell observed. Ricky Caplin, CEO of The HCI Group, a Tech Mahindra Company, noted that the U.S. outspends other countries when it comes to innovation. Glaser agreed that the U.S. emphasizes research and development more and has fewer budgetary constraints, but he added that many countries besides the U.S. have brilliant people developing innovative solutions.

Given concerns about breaches and the pervasiveness of cyberattacks, one surprising result in the Most Wired analysis was participants’ low adoption of a comprehensive cybersecurity program, Branzell said. The trends report found that only 37% of participants performed all 11 components called for in a comprehensive program, such as reporting security progress and deficiencies to the board annually, conducting a tabletop exercise annually and having a dedicated CISO. Participants offered several possible reasons and observations.

Theresa Meadows, a senior vice president and CIO at Cook Children’s Health Care System in Dallas, shared insights from her positions as co-chair of the Health and Human Services Healthcare Cybersecurity Task Force, vice chair of the Health Sector Council Cybersecurity Working Group and a member of the Malcolm Baldrige Board of Overseers. Many organizations have invested in cybersecurity products without always putting proper processes and frameworks around them, she said. She noted that the Most Wired questions focused on process, not products. “I think now everybody’s taking a step back and saying, ‘We have all these products, but we don’t have a structured way to manage them, or a way to evaluate, are we secure or not?’ … It’s not that people aren’t doing secure things. They just don’t really have a good mechanism in process.”

Compared with other sectors, healthcare is a more complex and dynamic environment, said Gus Malezis, president and CEO at Imprivata. “Healthcare has a bigger challenge in delivering cybersecurity than just about every other vertical. That is because there’s a massive explosion of points of presence, of affiliates, of partnerships, of devices. That kind of rapid change is happening in healthcare at a much faster pace than anywhere else.”

Concerns about cybersecurity were not at the forefront when some healthcare infrastructure was being designed and implemented, Malezis added, likening the situation to the early days of the internet. That has required healthcare organizations to reconfigure their existing infrastructure to accommodate safeguards. “I was there when we were building the internet, and you didn’t worry about cyber. When you came back to retrofit it, it really was a very hard problem to solve because you never engineered security into the architecture.”

Unlike industries like banking, healthcare also lacks clear standards, Veline added. “There is not a bank executive who is not aware of the very strict security protocols in banking. They are very structured, and they’re structured by the amount of assets. Every time you pass a tier in assets, the requirements go up. Healthcare does not have that. We do not have such a structured set of security requirements that we can fairly say, we’re meeting them, or we are not meeting them.”

Awareness of cyberthreats has increased in recent years in the healthcare sector and came to the public’s attention with prominent attacks like WannaCry and Petya. For CIOs, it has been a steep learning curve, Minear said. “Most health IT leaders grew up in the healthcare industry, and when technology security emerged as a major issue 10 to 15 years ago, we all had to push hard to learn and adapt to a new type of digital risk environment and respond with new types of security policies and tools. I believe most large healthcare providing organizations have built high performing security programs, but given the cost of this work, it is very hard for smaller care providers to do deliver sophisticated security.”

Responses to questions about cybersecurity might be colored by the organization’s stage in development, Spooner added. Organizations in their infancy may have an exaggerated view of completeness while those with mature programs may be more critical of themselves.

The very EHR rollouts that have facilitated more sophisticated use of technology may also contribute to security vulnerabilities, the roundtable executives noted. With finite resources, some healthcare organizations had to choose between funding one over the other, Malezis said. “The massive investment in IT has been wrapped around mostly the EHR. … It consumes a lot of resource, maybe more than what an organization had available. When I say resource, I don’t mean just machines, technology, money. I also mean people. It has to get up and running and deliver. It has to do all these things, and these things are not cheap.”

Branzell noted that today’s healthcare CEO wants both a return on the EHR investment and a secure system. The Most Wired program, which is designed to measure the adoption of technologies that advance health and care, continuously looks for ways to help healthcare organizations meet and exceed the sector’s demands. The executive roundtable represented a diverse group of Most Wired’s top performers and industry leaders whose insights will help shape future Most Wired programs and accelerate improvements across the industry. CHIME plans to hold more executive roundtables and provide summaries of their discussions in the future.

Candace Stuart is the director of communications and public relations at the College of Healthcare Information Management Executives.