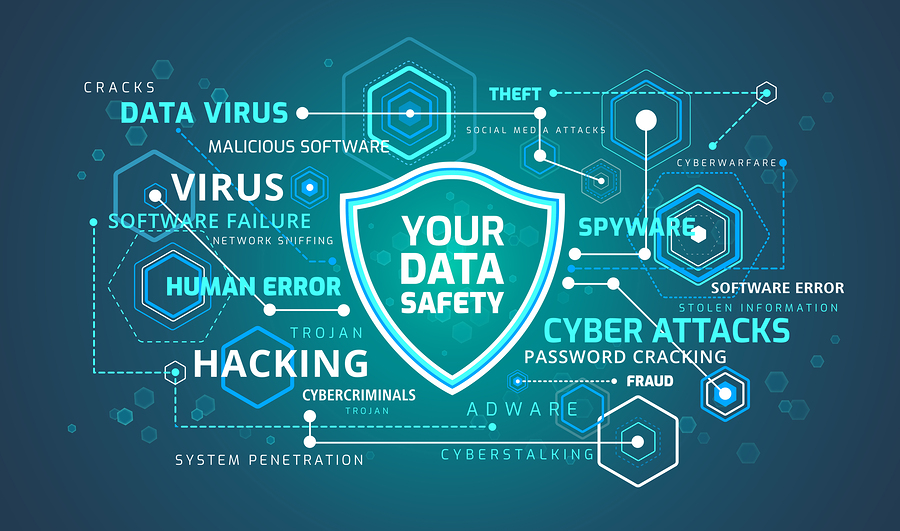 Mergers and acquisitions in the healthcare sector have been on an upswing, and while the pandemic may have dampened activity in 2020, partnerships are still being brokered. Bringing healthcare organizations together through M&As can pose many challenges, not the least of which is consolidating EHRs to create a single, coordinated, efficient platform for the entire enterprise. The responsibility of selecting one EHR instance and executing on the consolidation falls on senior executives in the healthcare organization’s IT department. And the work doesn’t stop after the last go-live. To realize the benefits that a common EHR promises, IT leaders need to ensure the platform is agile, flexible and adequately resourced to accommodate their organizations’ changing needs and goals.

Bluetree Network, an Epic-focused consulting company, invited six members of the College of Healthcare Information Management Executives (CHIME) to a virtual thought leadership roundtable to discuss their experiences with instance consolidations, their decision-making processes, how consolidation affected their organizations’ cultures and their strategies for long-term success. CHIME CEO and President Russell Branzell moderated the discussion. The panel included:

No healthcare M&A is exactly alike, and no EHR consolidation exactly mirrors another. The six executives were at various stages of collapsing two and sometimes more instances into one common EHR. Some were complete, some were in progress and some were poised for a sequel with the addition of new hospitals and clinics. Wherever they were in their journey, they agreed that there had to be compelling reasons to invest millions of dollars into a single instance when the hospitals and health systems already had established EHR systems. The process, which can take years, needs a clear “why” to guide next steps.

The benefits are many, but which ones tip an organization to favor consolidation depends on operational and clinical needs and goals. Benefits include:

The clinical and operational benefits convinced Providence Health’s leadership, after five years of deliberating, to consolidate four different Epic instances. Once the decision was made, they moved rapidly to complete the project in 18 months. “The reason was the right reason,” Lieberman said. “Although there’s ROI and a massive amount of IT ROI for our organization, it was really the clinical and operational drivers that led us to finally do the instance alignment.”

Patient experience is a key driver for many organizations. LCMC Health’s facilities are clustered in the New Orleans region and patients may visit multiple hospitals during their care journey. A single instance helps LCMC Health provide patients and clinicians with a consistent experience across the system, Townsend said. CHRISTUS Health also focuses on the value that a single instance brings to patients. “Patients really don’t care how many instances of Epic we have or where their data is located,” Manis pointed out. “They want their data safe, secure and protected. They want outstanding service and an exceptional experience. They want convenience, efficiency and the best possible clinical outcome. We can best provide that desired experience and quality outcome with a single instance, one single record, not by having to synchronize data and make clinical decisions based on information contained in multiple records or database instances. That’s what’s going to allow us to compete in this fiercely competitive market.”

Baylor Scott & White Health saw a single instance as an opportunity to align their two cultures as well as serve patients. Both healthcare systems were large and well established in their own right before the merger. Consolidating to a single instance took years, with the final go-live implemented in June of 2020. “It was very much seen as a tool to bring our clinical organizations together and agree on a common set of principles and a common way to care for our patients,” Jones said. “We felt that one platform would allow us to really go after patient experience goals.”

Sometimes cost and circumstances can prohibit the investment. Competing needs and limited resources also can come into play. In previous roles with for-profit organizations, Chou noted that from the investors’ perspective the benefits did not justify the cost of a single instance. But in his current job as the CIO of a nonprofit academic organization, he can make a case for EHR consolidation to help bridge two disparate teaching institutions. Even when consolidation is a goal after a merger, it may have to be weighed against other priorities. For instance, Bon Secours Mercy Health embarked on a Workday implementation in 2019 that took precedence over its Epic consolidation. “I couldn’t justify the magnitude of organizational change that would be introduced by implementing an EHR consolidation at the same time,” Williams-Carlson said.

From Compromise to Adoption: The Road to Consolidation

Collapsing the technology into one platform may be the easy part. Getting buy-in across the enterprise from IT teams, clinicians, business units and others can be especially challenging but it is critical for aligning goals and having shared governance. IT executives in charge of the consolidation need to manage the human component, too: the IT teams who devoted years of their career to build and customize their EHR; the physicians who may think they already offer optimal patient care; the business teams who may be set in their ways; and the cultures engrained in hospitals and health systems, some with a long history of independence. Strategies the thought leaders outlined include:

Baylor Scott & White Health may serve as the poster child as the two independent-minded, well-established and well-regarded health systems came together with in a mega-merger in 2013. Initially the two were miles apart, geographically and operationally. The organization focused on shared governance, eliminating redundancies like having two lab councils and two CPOE councils. Although the process took years, each side developed an appreciation of the other and understood they could achieve more through unified efforts. For the single EHR, they used a change management approach that gave both sides ownership and a say in what Jones described as “almost like a new install … We brought everyone from all over Texas and said, ‘Help us come together and re-imagine this and redefine it to be our version of Epic. Not yours, not theirs.’ … We reviewed everything.”

Some organizations looked for a balance that allows hospitals to retain a sense of autonomy while adhering to the larger system. Most had to evolve from no shared governance to shared governance – “a long journey and a continuous journey,” according to Lieberman. “Now we are trying to do the best across all, but respecting the different localities where they are.” LCMC, which came together quickly through mergers and acquisitions, used its Epic implementation to cement a process that covers all institutional decision making. They offer what they term “guided autonomy.” “There’s still some identities, still some culture that they can have, that’s unique to them,” Townsend said. “But at the system level, we’re trying to move into more of that operating model versus the holding model.”

Manis recounted lessons learned from three contentious Epic instances during his tenure as CIO at Sutter Health. Sutter offered incentives to high-level executives and regional presidents to reach agreements and work together. Another strategy that proved fruitful was codifying guiding principles, getting agreement in writing on the lion’s share of issues and revisiting it at each meeting. “We found that everyone was in agreement about most of the important issues.  But we spent an inordinate amount of time quibbling about some very minor concerns and preferences around the margins,” Manis said. “There was room for compromise there. But without getting our agreements memorialized in writing, we were spending most of our time arguing about everything in general instead of just focusing on the specific 10 or 15% of concerns where we really had differing opinions.”

Although Mercy Health and Bon Secours shared an overarching mission as Catholic ministries when they merged, one culture valued inclusiveness and deliberation and the other valued speed of execution, Williams-Carlson said. Only a few years into their merger, hospitals that once were standalones are still adjusting to the shift. “The most difficult cultural change is that pivot to an operating model, irrespective of it being four hospitals or 50,” she said. “These types of system election and design decisions that local markets want to make are now made at the enterprise level.”

Harris Health System also takes the approach of bringing their two medical schools together to find common ground but recognizing leadership’s role as the final decision maker. “Currently, we are using the EHR as the vehicle to standardize workflow among the two schools of medicine,” Chou said.

There is a long list of possible internal and external measures that healthcare organizations can use to assess the success of the single instance, and to hold IT executives accountable after its implementation. They include:

The resulting data can incentivize employees and reinforce cultural alignment. LCMC had each core function identify baseline key performance indicators at implementation that were measured monthly, and once met, retired and replaced. Data also can reveal misalignments. Lieberman recounted how one group in an EHR consolidation agreed to standardize but they did not adopt the changes in their policies, which became apparent at the go-live.

Beyond those metrics, consolidation has allowed Providence Health to be faster and more agile. “COVID has shown the organization why this is so important and solidified our journey toward a single EHR across our entire entity,” Lieberman said. “In less than a week we stood up 7,000 providers on video visits and we’re doing over 10,000 visits a day from 50 visits a week. There is zero chance we could have done that in our old environment.”

Manis also cited speed as critical for success in the marketplace, although he argued the healthcare industry adjusts too slowly. “In the digital age the world moves at a very different clock speed,” he said. “As an industry, healthcare must move faster, become more flexible and be much more responsive to consumer demand in this increasingly competitive market.”

IT executives need to be forward thinking to maximize the strategic benefits of a single instance. With their recent go-live behind them, IT leadership at Baylor Scott & White Health now focuses on maintaining and sustaining the momentum they gained through consolidation. “How do we more quickly enhance and improve and deliver upon the clinical objectives that we want to realize through the EMR?” Jones said. “That is where we are at now in our evolution, figuring out how to organize our IT department to be really, really agile and fast, and delivering on all these promises.”

They may accurately identify the resources they need to support present demands but anticipating future clinical and operational wants can be a quagmire. That is a strategic calculation where consolidation can actually help, Williams-Carlson proposed. “I would assert that based on our common platform and the heavy lifting that we’ve already done, we can tackle it more effectively and in a more cost-efficient manner than we would have without doing that foundational work.”

The increase in healthcare mergers and acquisitions has led to organizations managing hospitals and healthcare systems on multiple EHR platforms. Consolidating to a single instance Epic EHR offers many operational and clinical benefits and helps align cultures. The gains must justify the costs, though. The process can take several years, but finding common ground, agreeing to and codifying guiding principles and allowing for a reasonable degree of autonomy may facilitate the transition. Success can be measured using standard metrics, while speed and agility will bring long-term value.