Ed Kopetsky is a man on a mission. 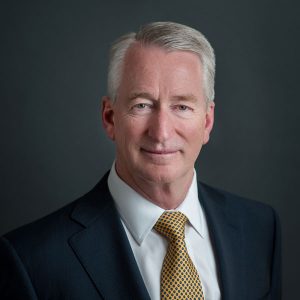 Healthcare IT leaders understand technology’s core mission in a healthcare setting – to support patient care. Ed, CIO of Lucile Packard Children’s Hospital Stanford and Stanford Children’s Health, lives for this mission not only in his day-to-day role, but in the advocacy work he does for CHIME and healthcare.

When discussing CHIME’s extensive advocacy efforts, Ed remarked that “CIOs have the opportunity to be champions in their communities and beyond. They are positioned everywhere, and can help speak to and participate in leading change, especially for at-risk and underserved patients in their own communities.” Ed is a walking example of a community champion. Co-chair and inspiration behind the founding of the CHIME Opioid Task Force, he helped bring CHIME and CHIME Foundation members together and engaged them on a very impactful project – find a way for healthcare IT to help curb the opioid epidemic.

The Opioid Task Force leverages CHIME’s membership of IT leaders to help create, codify and execute innovative ideas to curb the current opioid epidemic in the United States. The statistics are chilling –  opioids contributed to over 47,000 American deaths in 2017, according to the Centers for Disease Control and Prevention. Healthcare IT can play an important role in identifying and curbing opioid abuse, and Ed and the Opioid Task Force are driving the development of best practices to help in that endeavor.

About the Opioid Task Force, Ed said that an underrated aspect of CHIME was “the power of collaboration among the members and Foundation firms. It is amazing when you bring the minds together, how much we did in one year with 30 people from our Foundation firms, from the staff at CHIME and from our members, friends and colleagues.” Through CHIME, Ed and the Opioid Task Force helped provide avenues to healthcare leaders looking to take action against the spread of opioid addiction and the resulting deaths nationwide.

Ed’s interest in healthcare started in college – “I did a dual master’s in systems engineering and healthcare at the University of Wisconsin. I knew at that time that I was destined to work in healthcare, but had yet to discover which parts of it.” Reflecting now on over 38 years of healthcare IT experience, Ed remarked. “When you get clinicians, engineers and IT together, if you do it right, you can innovate very rapidly. And it’s been great – if anything I learned the value of partnership and teamwork, and that is so critical anywhere you go.”

As his career in healthcare IT blossomed, he helped found CHIME back in 1992, and served for many years on the CHIME Board as a provider member, including a year as board chair in 1998. At one point, he worked for a CHIME Foundation firm, and found his way back to the CHIME board for an additional three years as a Foundation partner representative. Ed and CHIME have been closely tied, and like many other CIOs, Ed has grown and evolved just as CHIME has.

To Ed, leadership itself is a mission. On key skills of the future CIO, Ed talked about leading change effectively and the need to “be an influencer, not a dictator. You have got to be in service excellence and servant culture. We are here to serve others and make sure they succeed. When you build that approach, people are going to want you in with them.”

This idea of servant leadership, something called out and urged by the greatest minds in leadership today, is something Ed personifies. You can see it in the way his peers at Stanford speak of him. In an article posted to the Stanford Children’s Health website, Natalie Pageler, MD, chief medical officer at Stanford Children’s, remarked that “one of Ed’s greatest strengths is his dedication to developing and mentoring others.”

When it comes to the mission of healthcare IT supporting patient care, there is no greater advocate than Ed. “I think of connecting around the patient and not just our business to help save lives.”

In 2018, Ed was awarded the John E. Gall Jr. CIO of the Year Award in recognition for his excellence in leadership, his work on the Opioid Task Force, and more. Just like Ed, CHIME members have many chances to be recognized and to advocate for causes they are passionate about. Submitting a nomination for an award in the CHIME Awards Series is one great way to stand out among your peers. As CIO leaders, many members are doing great things to transform health and care that deserve recognition. I hope you’ll consider nominating yourself or a deserving peer for one of CHIME’s many award categories. You can read more about them here. 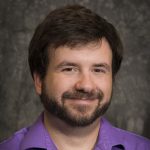