Two Perspectives – From both sides of a Focus Group

Planning and executing a successful focus group is an investment of time, money, staff resources and effort. With that understanding, we reached out to some long-time CHIME members with a unique perspective. These CHIME/CHIME Foundation members have experience in healthcare IT both as CIOs or the equivalent and as Industry partners.

Shane Pilcher, administrative director and CIO at Siskin Hospital, Drex DeFord, a self-described “recovering-CIO” and Spencer Hamons, executive architect and strategic adviser at NetApp, shared their views on the focus group concept, from planning and facilitation to the selection process as a CIO.

Following are some of the many valuable insights they provided.

Q: If you were to design a focus group or similar effort now, would you change the process or design? If so, how?

Pilcher (current CIO, former industry partner): “Not really. After being involved in developing and presenting numerous focus groups over the years, we learned the key goal was to stimulate meaningful conversation. There were always questions we had about how to present or package a service and in many cases we received those answers. However, so much was learned by posing meaningful and pertinent questions and letting the CIOs share from their vast experiences and knowledge. To have CIOs with 10 to 20 years’ experience in the industry around one table is invaluable. Get them to start sharing some of that knowledge and everyone attending the focus group benefits. It also helps to start or solidify relationships between your organization and that CIO. A really good focus group is memorable and stands out. The key goal remains meaningful conversation among the CIOs attending.

Q: What insight did you take away as a CIO that you would now apply if facilitating/planning a focus group?

Hamons (industry partner, former CIO): “When planning focus groups as part of NetApp, we spent a lot of time trying to avoid the time devolving to a “sales pitch,” and to frame the conversation in a way that the CIOs present in the focus group could truly provide feedback to us. Certainly, these CIOs are being paid to participate in the focus group, but more than the money, they want to be able to provide feedback. When facilitating the focus group, it is essential to keep the group engaged and involved, and have questions ready-to-go to elicit feedback if the group is not offering it outright.”

Q: When selecting Focus Groups, what do you look for and what do you hope to get from the experience?

Pilcher (current CIO, former industry partner): “I look for topics or Foundation firms that resonate at the time I select. When going to a conference, it is important to go with an agenda. That agenda can be to seek out a specific Foundation firm to have a conversation about a product you may be interested in. It also could be seeking out fellow CIOs who can provide advice and feedback you can use at your organization. Since these agendas are identified in advance, finding focus groups that fit the agenda is important. Since that message can also get drowned out among the other focus groups, it is important to create a catchy title that can stand out and ensure the description is detailed only enough to help us understand what the focus group will be about. The worst kind of focus group is one that even after attending, you cannot truly articulate its purpose. So, make sure you understand your purpose before designing your focus group, provide enough detail on what that purpose will be, and then deliver exactly what you said your focus group would deliver.

DeFord (consultant, former CIO): “I’d rather be in a session with Foundation firms and CIOs that I know are innovative and breaking new ground. My favorites are driven by facilitators who, in the very best cases, drive conversations about a hot topic, and allow the CIOs in the focus group to debate and share. As an industry partner, you should be interested in gathering intelligence, so when you create a situation where you’re essentially “eavesdropping” on CIOs talking to each other, you’ve hit a home run. Those conversations are the best part of the forum.

Q: If/when you participated in focus groups previously, what did you find most valuable?

Hamons (industry partner, former CIO): When I participated in focus groups as CIO of a health system, the most valuable part was when our discussions were robust and where we all left the room feeling as if we had learned something from each other – not necessarily from the Foundation firm.

DeFord, Pilcher and Hamons’ insights are valuable as they can see the perspective of our CHIME CIO members, but they’ve been on the business/industry partner side of the fence. They understand the objectives and value you hope to gain from implementing your focus group(s). We will be featuring thoughts on overall CIO engagement from this experienced group in a future edition of Insight, so stay tuned. 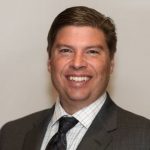 Hamons previously served as regional CIO for NetApp’s Healthcare Division for the past 3.5 years. In 2018, he’s made the move to NetApp’s Service Design Team, where he offers strategic guidance for all industry verticals. His healthcare CIO experience started in the Houston area in the late 1990s and has taken him to Colorado, Alaska and New Mexico, where he held positions as both CIO and COO. Hamons joined NetApp as CIO of the Healthcare Division in 2014. Outside of work, he volunteers with various veteran groups (he was a Combat Medic in the Army) and is a pilot with the New Mexico Wing of the Civil Air Patrol. 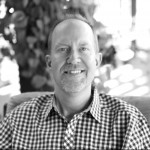 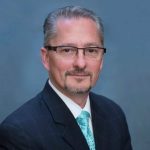 Pilcher joined Siskin as their administrative director and CIO in July 2015. Previously, he was a consultant with Stoltenberg Consulting for 14 years, working with many projects as part of the implementation or optimization teams and system selections. During his time at Stoltenberg Consulting, Pilcher’s later roles included account manager, then vice president, where he designed and launched their help desk service line.