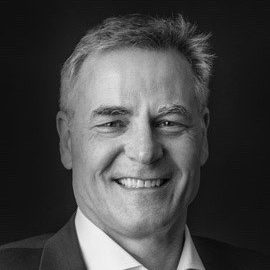 With over 20 years of experience in healthcare informatics, Patty is currently VP of Clinical Information Systems and Chief Medical Informatics Officer (CMIO) at Rush University Medical Center where he oversees the optimization of Epic and related clinical and revenue cycle applications. He is charged with setting the strategic vision for clinical care and population heath from an IT perspective. He chairs the Clinical Communication Steering Committee, the Telemedicine and Patient Technologies Steering Committee and the Clinical Informatics Committee. Patty also oversees a team of six associate CMIOs responsible for innovation and optimization across the continuum of care. He was named as one of 30 leading CMIO Experts by Health Data Management magazine in June of 2016.

Prior to coming to Rush in March of 2015 he served for 10 years as VP and CMIO at the HealthEast Care System in St. Paul, Minn. As the CMIO at HealthEast he was responsible for championing clinical applications and the use of technology to serve patients and improve the quality of care, leading computerized provider order entry (CPOE) and electronic health record (EHR) implementations system wide. His final project at HealthEast was as the executive lead for the “Big Bang” implementation of Epic’s entire suite of clinical and revenue cycle applications across the four hospitals and 31 clinics of the HealthEast Care System.

Patty’s long-standing quest to promote quality improvement through evidence-based medicine led to an Association of Medical Directors of Information Systems (AMDIS) Award in 2005 for his success in a CPOE implementation at a community hospital and ultimately to his role as the CMIO for HealthEast. In 2011 Patty received another AMDIS award for his championing the EHR’s role in the quality improvement efforts at HealthEast. He was also named to Modern Healthcare’s Top 25 Clinical Informaticists in that same year. And most recently was the winner of the 2012 Healthcare Informatics/AMDIS IT Innovation Advocate Award.