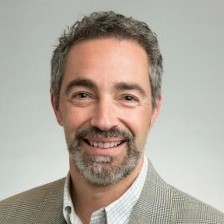 Nigrin received his undergraduate and medical degrees from Johns Hopkins University in 1987 and 1991, respectively, and then pursued his pediatric residency training at Johns Hopkins Hospital, which he completed in 1994. He then did simultaneous fellowships in Pediatric Endocrinology at Boston Children’s Hospital and in Medical Informatics through the Harvard-MIT Division of Health Sciences and Technology, receiving a Master’s degree in Medical Informatics from the Massachusetts Institute of Technology in 1999. He was appointed Director of Clinical Computing at Boston Children’s Hospital in 2000, and CIO in 2001. Nigrin joined the faculty of Harvard Medical School in 1995, and he is Board-certified in both Pediatric Endocrinology and Clinical Informatics.

Nigrin’s research interests developed at CHIP include large-scale clinical data mining and electronic patient-physician communication systems. In 1998, he was awarded First Prize in the student paper competition at the American Medical Informatics Association (AMIA) Symposium, and in 2000, he was a finalist for Best Overall Paper at the AMIA Symposium. In 2005, Computerworld Magazine chose Nigrin as one of its 100 Premier IT Leaders. In 2010, HIMSS Analytics awarded Boston Children’s Hospital a Stage 7 designation on its EMR Adoption Score, one of only 55 Hospitals and 11 organizations worldwide to do so at that time. In 2013, he was recognized by Healthcare IT News as one of the year’s “9 HIT Men and Women, in the Enhancing Patient Care Through IT.” In 2015 he was awarded the Dolores L. Mitchell Investing In Information award by the Massachusetts Health Data Consortium.

As CIO at Boston Children’s Hospital, Nigrin is responsible for all clinical, research, teaching and administrative IT systems at one of the world’s preeminent institutions for pediatric clinical care and research, serving 20,000 individuals. As a practicing physician, medical informatics researcher and information technology executive, he is in a unique position to put into practice cutting edge technologies and ideas developed by CHIP and other biomedical informatics centers of excellence, bringing advances to patient care practice, quality and research, but all the while keeping in mind the needs and workflows of busy clinicians.