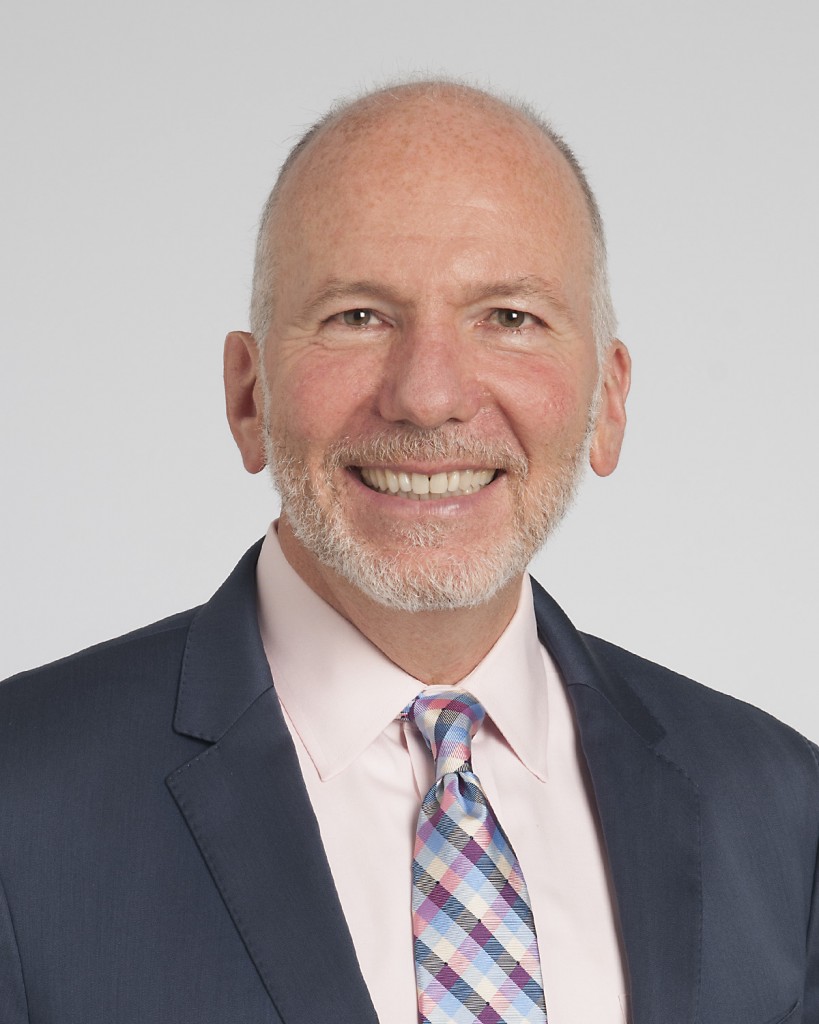 
Edward Marx, is the CIO for the Cleveland Clinic. Partnering with C-Suite peers, responsibilities include development and execution of strategic planning and governance, driving optimal resource utilization, team development and organizational support. Ultimately he will develop leaders and leverage digital healthcare technologies to enable superior business and clinical outcomes.

Marx earned his BS in psychology and a MS in design (interior and apparel), merchandising and consumer sciences from Colorado State University.

Marx began his career serving in the OR prior to physician services at Poudre Valley Health System. Recruited to Parkview Episcopal Medical Center, he served as CIO for its management services organization and director over physician systems. In 1997, he joined HCA as chief technologist for its physician services organization. In 1999, Marx moved to University Hospitals, a multi-hospital academic health system. In 2003, he became CIO and served five years before being recruited by Texas Health. Marx served as the Senior VP/CIO of Texas Health for almost eight years. As an organizaiton, his team went on to win every major healthcare award for technology to include the Davies Award and CIO of the Year. In 2015, he spent over two years as executive vice president of the Advisory Board on loan to New York City Health & Hospital where he reported to the CEO and provided technology leadership. Concurrent with his healthcare career, he served 15 years in the Army Reserve, first as a combat medic and then as a combat engineer officer.

Marx is active with professional organizations, advisory boards and higher education. He is a Fellow of both CHIME and the Healthcare Information and Management Systems Society (HIMSS). He is on the CHIME Faculty for the CIO Boot Camp, training aspiring health care technology professionals. He served as president of the Ohio and Tennessee Chapters of HIMSS and chaired the Membership Services Committee. Marx served on the CIO advisory boards for HP, Cisco, AT&T, KLAS and Microsoft. He also served on boards for Texas Christian University, University of Texas at Dallas, and Southern Methodist University. Additionally, Marx was the governor-appointed chairman of the Texas Health Services Authority, providing leadership over health information exchange for Texas for over eight years.

The HIMSS/CHIME 2013 CIO of the Year, Marx is branded as one of the top 10 disruptive forces in healthcare. Team accolades include perennial rankings on the Computer World “100 Best Places to Work,” HIMSS “Top Ten Places to Work,” American Hospital Association “Most Wired,” Health Leaders “Marketing Awards,” CHIME, AHA and CIO “Most Innovative,” Information Week “Top 100,” and the Project Management Institute “Top Projects.” Several of his team have been recognized as “Ones to Watch.” Marx was recognized by both CIO and Computer World as “Top 100 Leaders” and the Dallas Business Journal as “Newcomer of the Year.” He has won the coveted “People’s Choice” award (HISsies) for top health care CIO four years in a row (2010-2013). Texas Health hospitals and clinics achieved the EMRAM Stage 7 designation and won the coveted “Davies Award” for best use of technology to enable business and clinical outcomes. Beckers identified him as the “Top 25 most influential executives in healthcare” as well as the “Top 26 smartest healthcare IT professionals.” Beckers identified Marx as the 2015 “top healthcare IT executive” and the 2016 “17 Most Influential Leaders in Healthcare.”

Marx is an active communicator. His blog, “CIO Unplugged,” receives thousands of hits monthly. A frequent magazine contributor and conference speaker, he is active with social media via Twitter and LinkedIn.

A passion for athletics, Marx has completed over 100 triathlons, including multiple Ironman and Escape from Alcatraz races. A member of TeamUSA, he placed in the top 25 (age group) at the 2014 World Duathlon (standard) Championships in Spain and top 100 overall at the World Championship Duathlon (long course) in Switzerland. The only athlete to make both teams, he also raced for TeamUSA at each of the 2015 and 2016 World Championships. Marx became the first athlete to qualify for all 3 Duathlon race distances at the 2017 national championships and will represent TeamUSA at the 2018 world championships. Marx also climbs mountains and is focused on reaching the summit of the highest peaks on each continent. Marx and his wife Simran have five kids ages 14-28. Simran is a nurse and a fitness enthusiast. They share a love for dancing, specifically Argentine Tango and Bachata. Marx published his first book in 2014 called, “Extraordinary Tales of a Rather Ordinary Guy”. His second book, “Voices of Innovation” will be published in 2018.

Life / Death and everything in between. Wisdom From Cleveland Clinic CIO Ed Marx – This Week in Health IT