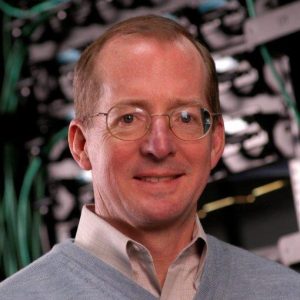 Rick is a healthcare IT Executive with over 25 years’ experience in healthcare information systems, including positions as the CIO for hospitals, a medical research laboratory, independent consulting and as project manager for the development and implementation of the Department of Defense’s global medical information system.

Rick finally figured out how to retire but is still doing some contract work with Skinner Advisory Services.

Rick was the SVP and Chief Technology Officer for Locus Health, a Charlottesville, VA start up focused on providing remote patient monitoring for pediatric and adult populations using Apple and AWS technologies.

Rick was the Chief Information and Technology Officer for the University of Virginia Health System in Charlottesville, VA for 5 years

Rick was the Vice President and Chief Information Officer for Cancer Care Ontario, the agency that manages cancer and other chronic diseases for the Province of Ontario.

Previoulsy, Rick was a Director at Navigant Consulting, a global professional services firm specializing in healthcare and litigation support.

Rick was also Vice President for First Consulting Group, a healthcare IT focused firm. He led the outsourcing business unit for FCG.

Rick previously was Vice President – IS and CIO for the Providence Health System, a large health system in the West where he formed a new company to consolidate and standardize IT infrastructure, implemented advanced clinical systems, and standardized the organization’s business systems.

Rick was also an Army officer, retiring as a Lieutenant Colonel, after leading the Army’s healthcare IT initiatives as a program manager as well as in different Army CIO roles

Rick is an author, frequent speaker, and received the John Gall Award for Healthcare CIO of the Year in 2002.

Specialties: IT strategy and execution
Clinical systems implementation and management
Large scale infrastructure management
Outsourcing (on and off-shore)
IT organization design and optimization